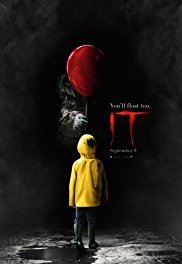 Every 27 years it comes back again from the depths of the sewers to terrorize the children of Derry, Maine. The shapeshifting entity, made popular by the 1990 miniseries of the same name, was originally created by author Stephen King. It’s been exactly 27 years since Pennywise, the favorite physical embodiment of the mythological creature dubbed the “deadlights” in Kings mythology, had gotten any mainstream attention.

The new rendition, directed by Andy Muschietti, follows a similar take on the book as the 1990 miniseries did. One notable difference, however, would be the timeframe. The original book-turned-movie took place primarily in the 1960’s for the initial meeting of It; the 2017 remake on the other hand, took place in 1988. For this reason, certain aspects of the tale have been changed, or lack certain historical relevancies – the significance of racial differences and feelings of segregation, are a poignant one to note.

The overall 80’s vibes give a new feel to the movie. At times, this change in atmosphere feels reminiscent of Netflix’s original “Stranger Things,” which returns to the streaming app in October. While the time-period echoed similarly in both thrillers, a central role played by Finn Wolfhard is a large reason as to why many may find the similarities undeniable.

Both movies begin similarly, with a paper boat going too fast in a river created on the curb by the rain. The cinematics of both the old and the new mirror one another almost perfectly, second to second. When the boat becomes too fast for little Georgie to keep up with, it falls into the storm drain. Enter Pennywise the Clown.

In the new version, we see Bill Skarsgård (notably from Netflix’s “Hemlock Grove”), playing the iconic role of Pennywise the Clown. The new version, as with most renditions, has a more modernized aesthetic. The clown is ironically less-clown-like, and probably less memorable, although this newer version may lend a hand to the costume stores this fall.

While the story takes a similar path as the one prior, I feel as though there was less horror intact. This may be due to the eerie-ness of the old-fashioned cinematics of the original. The 2017 version seems to put a lot of emphasis on CGI horrors, a common pet-peeve of mine with modernized horror flicks. While there is some note on the mythology, for example, the true stories of the people – the real horror – falls flat.

Overall, the lack of emphasis on the adults and human complications linked with “It” leaves a spectator feeling a bit empty, especially if they had read the novel. The 135-minute movie, which only encapsulates half of the novel, had ample opportunity to delve deeper into the true complicity of this town’s humanity. Instead, it chose to use over-done graphic horror, and adolescent comical one-liners. It was worth the watch, but not necessarily deserving of all of the hype it received. If you’re looking for real horror, read the book.