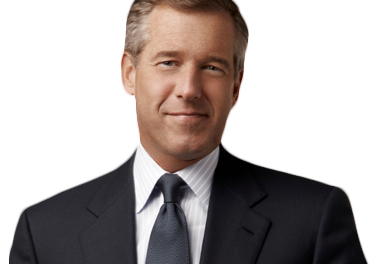 On January 30, 2015, Brian Williams raised eyebrows when discussing events during his coverage of the Iraq War back in 2003. The country was pulled into the nightly story when it became clear that Williams had created lies about his coverage, most notably his claim that the helicopter he was in had been assaulted by ground fire. His January story did not tie into the story he told back in 2003.

Williams apologized via Facebook, writing: “Because I have no desire to fictionalize my experience . . . and no need to dramatize events as they actually happened, I think the constant viewing of the video showing us inspecting the impact area—and the fog of memory over 12 years—made me conflate the two, and I apologize.”

“This suspension is the appropriate and proportionate action,” Turness said. “Brian misrepresented events which occurred while he was covering the Iraq War in 2003 . . . This was wrong and completely inappropriate for someone in Williams’s position.”

“When you violate that trust of the American public, you’re also significantly damaging the reputation of the corporation,” John Prellwitz, Associate Professor of Communication at Pitt-Greensburg, said. “He’s seen as a reporter. That trust is really important in the United States—[a violation of] public trust that NBC took seriously.”

In the meantime, Lester Holt has served as anchor for the “Nightly News.” On February 20, 2015, Williams resigned his membership from the “Congressional Medal of Honor Foundation’s” board of directors.

Personal embarrassment may be an additional consequence as a result of these humiliations, but are the punishments appropriate enough for someone in Brian’s position?

When journalist and biographer Doris Kearns Goodwin faced accusations of plagiarism due to errors in citation and credibility for her book “The Fitzgeralds and the Kennedys” back in 2002, at first, she waivered about the errors in her work. Weeks later, she openly admitted to more flaws in her citations and resources; she eventually resigned from the Pulitzer Prize Board and took a leave of absence from her seat on PBS’s “The NewsHour with Jim Lehrer” until she, as PBS said, “gets her situation resolved.” Goodwin never returned to PBS.

While the Pulitzer-Prize-winning author of “No Ordinary Time” has improved on her reputation following the scandal surrounding her book, the fate of Williams’s future remains in question. Although both figures initially remained reluctant to admit their errors and have been faced with consequences, the aftermath of Goodwin’s scandal may offer hope for the remainder of Williams’s career.

Prellwitz says that Williams may be able to redeem himself yet, “if he keeps out of the public eye during the six months of his hiatus.”