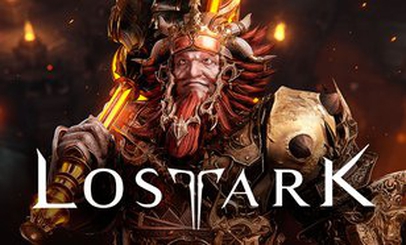 While comparing this game to “Diablo III” and “Path of Exile” may seem over the top, some players may agree. “Lost Ark” developed by Smilegate and was given a release date for Friday, Feb. 11.

Many fans have already put well over 50 hours into the game. When the closed beta was released to those in North America and Europe who signed up, the hype for this game began to rise. Not only does the game have high quality visuals, but the combat and class mechanics give the game a truly unique feel that has replayability to those who have the time to dedicate.

“Lost Ark” released “Founders Packs” to those who wanted to support the development of the game and receive benefits for their accounts once it was released. Those who did this received cosmetic items, in-game currency, and an in-game pet. Those who spent $100 received three days early access. Players on Steam are giving the game overall positive reviews, and most of those are stating how fun the game is and how good it looks.

On the other hand, some players are frustrated with a few of the mechanics the developers used. It’s no surprise that companies with games like these want to encourage players to spend their money. People without the patience to grind for resources are faced with the challenge of opening up their wallet or submitting to the grind. It’s become a complaint that it’s clear Smilegate wants your money. But who wouldn’t?

I think “Lost Ark” has lived up to its hype and has given fans of massively multiplayer online role-playing games a new game to enjoy.

I was lucky enough to be one of the closed beta testers for this game before it’s release. My first impressions of the game were all mostly positive. The customization of your character is all inclusive and will really make your character feel unique.

The many different classes you can choose from in this game give it replayability, and the combat system for these are fluid and feel like the developers really put time into it. I only managed to play 40% of the storyline in the final closed beta, but from what I was able to play, I can say that it is a very fun game.

Players can find the game on Steam for free and will only need 50GB of storage to download it.

1 Comment on Play Your Heart Out: “Lost Ark” Review