Every year in March, college basketball holds their big tournament to crown a National Champion. The excitement surrounding the event is always at an intense level, but this year it is at an all-time high.

This is because it was not played last year due to the COVID-19 pandemic striking in March and shutting down the tournament.

Much of the excitement surrounding the event comes from the bracket challenge that many organizations run, such as ESPN, CBS News, and Yahoo.

This is where you create a bracket and choose who you think will win each game respectively. This gives you a chance to earn a huge reward from ESPN’s Tournament Challenge. 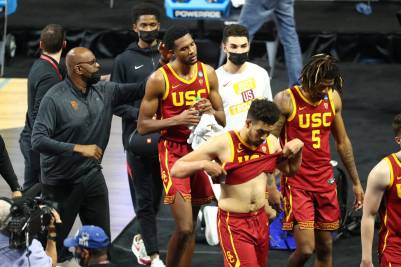 “Grand Prize consists of the following elements: One (1) trip for two (2) to the 2021 Maui Invitational in Hawaii from November 19 to 25, 2021, and includes: (i) round trip economy airfare for two (2) from a major airport closest to Grand Prize winner’s city and state of residence; (ii) six (6) nights’ hotel accommodations (one room, double occupancy) (iii) tickets for two (2) to all the sessions of the 2021 Maui Invitational; and (iv) $10,000 in Amazon.com Gift Cards,” ESPN‘s website says.

You can also create a group and compete with your friends to play for fun.

For this year’s tournament, the NCAA implemented plans in order for it to be played safely.

According to USA TODAY writer Erik Smith, “Teams are being required to produce seven consecutive days of negative test results in order to play in Indianapolis and San Antonio, where the men’s and women’s events are being played, respectively.”

Also, the NCAA has made sure to monitor players and coaches during their arrival.

“After being cleared to travel, members of the travel party will be tested again, placed into quarantine until given a negative result, and then given daily PCR tests for the remainder of their stay,” Smith said. “Players will wear a SafeTag, devices about the size of a domino and weighing less than one ounce that will assist in contact tracing. The device can be carried in pockets, worn as a bracelet, or connected to a lanyard.”

Even with these safety precautions in place, the men’s Virginia Commonwealth University team had positive tests the day of their first-round matchup against Oregon. This would result in a no contest and Oregon would automatically advance.

Fans have been in attendance throughout the tournament to enjoy the sporting spectacle.

CBS News reporter Ryan Mayer goes in depth of the numbers of how many fans attend the games at respective venues.

“Butler’s Hinkle Field-house has a capacity of 9,100 and 25 percent capacity would allow for 2,275 attendees. Indiana’s Assembly Hall holds 17,222 or 4,305 at 25 percent capacity. Purdue’s Mackey Arena (14,804 total) would work out to 3,701. Indiana Farmers Coliseum has a capacity of 6,800 for basketball (1,700 limited). Bankers Life Field-house, home of the Indiana Pacers, has the largest capacity of any of the basketball-specific facilities at 20,000 (5,000 limited). Lucas Oil Stadium, home of the Indianapolis Colts, seats 70,000 for football and approximately that many for basketball as well making it the largest of the host sites,” Mayer says.

It has been an exciting tournament for fans all over thus far as we have seen numerous huge upsets, such as No.15 seed Oral Roberts defeating No.2 Ohio State in the first round and making it all the way to the Sweet Sixteen.

Also, we saw No.8 Loyola Chicago take down No.1 Illinois in the second round despite Illinois being the second favored team to win the tournament. 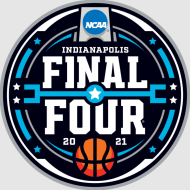 We are now down to the Final Four, which kicks off this Saturday, April 3.

No.1 Gonzaga is a heavy favorite to win it all as they have not been defeated all year long. They will face No.11 UCLA, who has made a Cinderella run in the tournament, starting in the first four and now making it to the Final Four.

No.1 Baylor will be taking on No.2 Houston in the other final four matchup. The winners will advance to the championship game this Monday, April 5 at Lucas Oil Stadium in Indianapolis to battle for the National Championship.