One of the more consistent shows on television during the pandemic has come from WWE Performance Center in Orlando, Fla. in the form of some good, old-fashioned professional wrestling. After it was declared an essential business by Florida governor Ron DeSantis, the WWE has produced live content for the past several months. However, the company decided it was time for a change and implemented their annual draft. 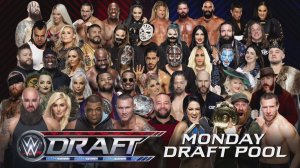 The WWE draft divvies superstars between their two major television brands: “Monday Night Raw” on the USA Network and “Smackdown” on Fox. The draft took place on both Friday, Oct. 9 and Monday, Oct. 12.

Any superstars who were not drafted by a brand were considered free agents and would have to prove themselves to get a contract.

At first, it seemed like the draft would take a turn towards redundancy. “Raw” champions Drew McIntyre, Asuka, and Bobby Lashley, as well as “Smackdown” champions Roman Reigns, Bayley, and Sami Zayn all stayed on their respective brands.

Other superstars like Sasha Banks, Ricochet, and Randy Orton were also kept on the same show and did not have to transition over.

However, this was not the case for everyone. Raw gained new stardom with superstars like AJ Styles, “The Fiend” Bray Wyatt, and Naomi joining their ranks. 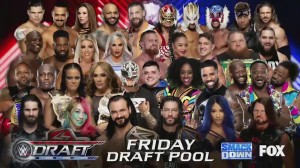 The draft also saw the return of several talents who had recovered from injuries. The guitar-wielding Pittsburgh native Elias and controversial Lars Sullivan both made their return to the ring after not competing for several months.

The most heart-wrenching moment of the draft shocked the WWE Universe. After a brutal falls count anywhere match with Sheamus, Big E reunited with his New Day tag team partners Kofi Kingston and Xavier Woods.

Kingston and Woods both suffered serious injuries prior, and this was the New Day’s first time on television as a complete tag team in months.

Not only did Kingston and Woods make their return, but they also won a match against Shinsuke Nakamura and Cesaro and were crowned the new Smackdown Tag Team Champions. 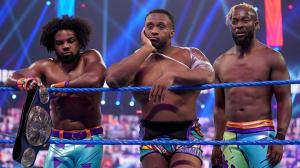 Moments after their victory, the celebration halted when Stephanie McMahon, CFO of WWE, announced Kingston and Woods would move to “Raw” and Big E would stay on “Smackdown.”

While this confirms that Big E may be getting a run in singles competition, this devastated fans as the New Day’s six-year long chapter together finally closed. Woods personified this by continually pleading management to “say E’s name” when he learned the saddening news.

The WWE draft’s purpose is to bring new superstars together and create fresh, exciting match-ups for the fans. In the coming months, wrestling fans will see if these draft picks paid off, but it is a promising start to a beginning in pro wrestling.