Alright friends, we better make the best of this quarantine situation. What easier way is there to do that than to binge-watch your favorite show from when you were little?

Yes, I’m talking about “The Suite Life of Zack and Cody.” You’re stuck in the house already, right? Take advantage of it.

For those of you who didn’t experience the shenanigans of Zack and Cody on Disney Channel every Friday night at 8/7c, allow me to explain the appeal. 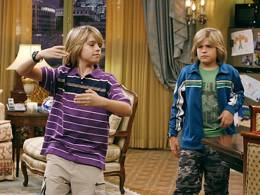 Speaking of the people who work there, no one can forget the iconic characters of Maddie Fitzpatrick (Ashley Tisdale) and Mr. Marion Moseby (Phil Lewis).

Hands down, the best character in the show is Mr. Moseby. He manages the hotel and is the one who usually gets the two boys in trouble. More specifically, he gets Zack in trouble.

The show was a masterpiece and a great representation of two kids just trying to have fun. Zack and Cody do everything from ghost hunting to building a mini golf course in the hotel. They lived every kid’s dream in the 2000’s.

Take a break from “Riverdale” or whatever else you’re watching that has one of the Sprouse twins in it. Throw away your responsibilities and binge-watch “The Suite Life of Zack and Cody.”

If you’re feeling adventurous, watch “Suite Life on Deck” when you’re done. You won’t be disappointed.