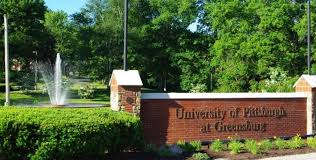 Pitt-Greensburg opened its doors to students in 1963, and was given four-year degree granting status in 1988, since then it’s been ranked best school in the region several times by the Pittsburgh Tribune-Review and has added many new and interesting majors and minors, attracting all sorts of students to the campus.

As some of you may know, Pitt Greensburg has recently announced the newest edition to the majors here, bringing the total number of majors offered up to 29.

With this new major, there are many more possibilities for students interested in management.

With this degree students may be able to manage places such as medical practices, medical departments, and rehabilitation centers.

Along with the new major, there are five new healthcare core courses, and five healthcare elective courses.

So, if you are interested in the healthcare field but you also have an interest in business management, this could certainly be the major for you.

Jaqueline Horrall, the Vice President of Academic Affairs at Pitt-Greensburg was quoted on the campus website saying this about the new major, “This new program provides another alternative for our students interested in careers on the business side of the healthcare professions, it also adds another dimension to our medical/health-related programs already in place. The major was developed in response to student interests and the growing healthcare needs of the region.”

The job outlook in Pennsylvania alone for closer to 2024 for graduates of this major seem good.

Rehabilitation centers seems like it would be a good idea in the more local areas considering how hard the drug epidemic has hit, and it doesn’t look like it’s going to slow down.

Pitt-Greensburg is also working on getting internships and research opportunities for the prospective students in this major.

This new major follows closely behind the new Nursing program and it will be very interesting to see how both new majors develop over time and who they attract to the small campus.