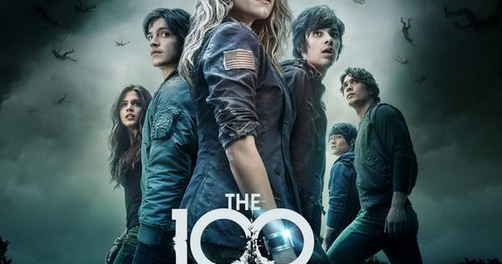 Anyone looking to take in a unique, post-apocalyptic TV series should check out the CW’s “The 100.”

Taking place a century after a global nuclear war made the earth inhabitable to humans, “The 100” highlights the desperation for survival for what is left of the human race.

To avoid the deadly levels of radiation on Earth that nuclear weapons left behind, the surviving humans joined forces to create the Ark — a space station that would keep the human race in existence until the planet became hospitable again. 100 years later, the Ark begins losing its air supply and leadership must look for new ways of survival. Returning to Earth seems the only solution, so the chancellor orders 100 juvenile prisoners to the ground to see if Earth is safe for everyone.

The 100 are on their own once they land on the ground, with no food source, no fresh water, and no form of government authority. Their survival depends on their ability to act as a single unit and begin to form a human society on Earth once again, all the while defending themselves against predators like mutant animals and perhaps had-been humans that were left behind after the war.

“The 100” is a fascinating show on a lot of different levels.

It’s not the typical post-apocalypse TV show in that there are no supernatural elements and no magic. The concept for the show is based on a very realistic problem — the health and

survival of the human race if nuclear weapons would be used. The world has seen this dilemma before. The Cold War ended just four decades ago, with nuclear war as a prominent threat, and it will continue to be a dilemma in the future. This makes “The 100” unique and intriguing.

The show starts into the main plot right away. From the second the 100 have reached the ground, there are problems to solve and obstacles to climb. These teenagers suddenly have to be adults and form themselves into a state with leadership and a defense team and hunters and planters. They have to create rules and a government for themselves.

Many of the decisions the characters make are statements about human nature itself; humans want power and pleasure and are willing to go to extreme lengths to get justice for themselves. It’s a powerful thing to watch these characters’ choices unfold and see how they react to new discoveries on the ground.

The acting may not be the best, but the show’s plot is definitely interesting enough to overlook that. Political Science and History majors in particular will love what this show has to say.

The first four seasons of “The 100” are currently available for streaming on Netflix, and the season five is expected to air on the CW in early 2018.