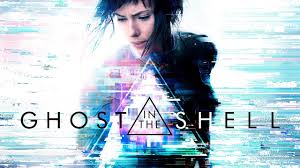 I had heard many mixed reviews about the new film “Ghost in the Shell,” but I wasn’t sure which reviews to believe, so I took it upon myself to see the movie.

The film was based on the works and original concepts of Masamune Shirow.

However, despite a number of callbacks to the source material, this film also featured a number of creative differences, including the backstories of several characters and the overall plot of the film.

For a film with the length of 106 minutes, this film does not adhere as closely to the original’s focus on certain philosophical ideas and concepts. That being said, it has been updated to be more of a mystery/action movie set in the distant future where man and machine are becoming closer and closer. The film did a fantastic job in showing this idea of a non-perfect future world with a bit of a darker tone through both characterization and special effects.

The actors involved also did admirable jobs. The lead role of the Major, played by Scarlett Johansson, is portrayed well through her presentation of seeming vaguely more like a machine than human at points. Pilou Asbæk also did a magnificent job in his portrayal of Batou, the Major’s partner, and hit such details as the character’s love of dogs and concern for his partner right on the head. Other actors include Takeshi Kitano as Chief Aramaki, the Major’s boss, and Michael Pitt as the enigmatic Kuze.

At the end, one last final salute to the original movie was the music that plays at the end credits of this film, but despite its differences from the source material, I thoroughly enjoyed this adaptation of the story and would encourage anyone who’s curious to give it a try.