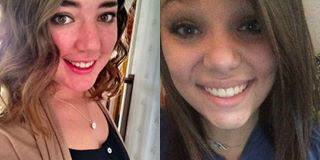 Maria and Marie argue about whose name is better

Marie is the Name for Me

The name “Marie” wins over the name “Maria” by far. It contains an effortless sound, one that is comparable to the word “bliss” or “demure.” The name is greatly considered elegant. When sung, it most likely fades off into a beautiful murmur instead of a sudden piercing of the “a” sound. Adding on an extra syllable is almost damaging to the original name of “Marie”. Maybe the purpose of adding on an “a” is to keep the beautiful sound of the name alive, but unfortunately, it does not. Some argue that it is a failed attempt of trying too hard. Either way, the name “Marie” will always sounds appealing to the ear.

From a personal perspective, my mother would call me “Ma-wee” growing up. It was an adorable nickname that could not possibly be replaced by “Ma-wee-a”. If I was ever in an unhappy mood, that informal title always found a way to cheer me up.

The name “Marie” has been given to many famous women like Marie Curie, who was the first women to win a Nobel Prize by discovering radioactivity. In addition to well-known people, “Marie” has inspired songwriters as their fictional attractive lady in songs such as “Footloose” by Kenny Loggins and “Sexy and 17” by Stray Cats. “Marie” is also well-used in poems since it can easily rhyme with a variety of words like “three” or “free”.

As a first name, “Marie” is way less common than the name “Maria,” which makes it unique in a special way. 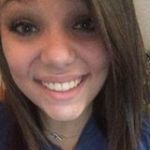 I love my name, it’s my identity. It’s who I am. It always amazed me that the one thing that sets us apart from everyone else on this earth, and creates our identity is something that we don’t even choose for ourselves. Rather, it’s given to us by our parents and we grow into it.

Originally I was to be named Elizabeth instead of Maria. However, my mother thought that the name Elizabeth Yokopenic was too long and didn’t think I’d make it out of the first grade when learning to write my name, true story. So by the help of my grandmother, they settled for Maria, and now here I am 20 years later.

For a while I used to hate my name, mostly when I was younger like in middle school, because everyone would call me Marie. My name is Maria, with an ‘A’ on the end of it. When I got my first job my boss walked around introducing me to everyone as Marie. No, that’s wrong, again my name is Maria, with an ‘A.’ It took almost six months to finally call me by my right name.

I don’t have a problem with the name Marie. I think that it is also a beautiful name. But because my name is Maria, and not Marie, it sounds so unfinished to me, almost like a nickname, or like someone was in too much of a hurry to add just one more little syllable and finish my full name. Regardless I like my name, I like the way it sounds, and I like hearing it in its entirety. Please do not call me Marie.