Are you still upset that “Heroes” is no longer on TV?

Well, be upset no longer. This Fall, NBC premiered the “Heroes” reboot, “Heroes Reborn.” Much like the original, “Heroes Reborn” follows the lives of evolved humans who discover their super-human abilities and use them to try and save the world.

The series begins a year after an attack destroyed part of Odessa, Texas. These evolved humans are hunted by their unevolved counterparts. It’s a war brought on by the fear of those who don’t understand, between good and evil.

Noah Bennet returns to the show to try and discover what happened to his daughter Claire on that fatal day, leaving us wondering, is the cheerleader really dead?

The show has everything from intense sword fights with the character Katana Girl; a killer duo, Luke and Joanne Collins, who try to avenge the death of their son; to the lovable Tommy Clark. It will get your heart racing, leave you yelling at your screen for characters to get together already, and have you wondering what happens next.

For anyone who hasn’t seen “Heroes,” all five seasons (85 episodes) are available to binge watch on Netflix. Currently, all (aired) episodes of “Heroes Reborn” available to stream on the NBC website. 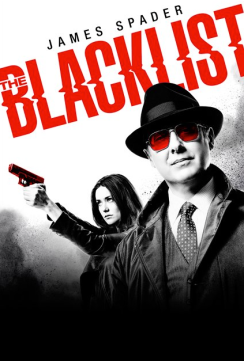 Imagine the FBI’s greatest asset also being named on the top-ten most wanted list and you’ve got the premise of “The Blacklist.”

James Spader plays Raymond Reddington (Red), the criminal mastermind who turns himself in to the FBI. Instead of getting arrested, he makes a deal. In exchange for immunity, Red helps the FBI find the world’s most dangerous criminals with a list he’s compiled in the years he was a fugitive. A.K.A.: The blacklist.

As one of his conditions for working with the FBI, Red insists on only working with Elizabeth Keen, a new FBI profiler. She’s married to Tom – the handsome and affable teacher who’s the definition of the perfect husband. Or, is he?

The show begins like any other crime show, chasing a new bad guy with every new episode, but when Keen and Red team up, it becomes clear that everything is connected and that a higher plan is being played out.