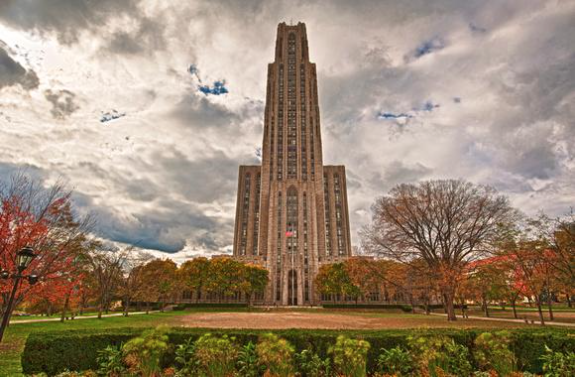 Hello again, and welcome to the second installment in a series about relocating from a University of Pittsburgh branch campus to the Oakland campus. I’m Ben Garfinkel, and I’ll be telling you some of the ins and outs of this process, as well as some helpful tips and little-known facts that you may be surprised to learn!

The last installment focused on being a student who is weighing the option of relocation with the option of staying at the branch campus. It is certainly true that the branch campuses offer some real, tangible benefits that the Oakland campus cannot hope to compete with. First and foremost among these involves the number of students present on each campus. According to the University of Pittsburgh Fact Book 2014, for the Fall 2013 semester there were about 24,000 undergraduate students and just over 5,000 undergraduate faculty members across all five regional campuses—the fact book also indicates that about 18,000 undergraduate students and about 4,800 faculty were on the main campus, meaning that about 6,000 were on branch campuses; the corresponding number of faculty members was 389 across all branches, with exactly 100 in Greensburg. In that same semester, the University of Pittsburgh at Greensburg saw about 1,600 undergraduate students pass through its halls. Some simple math tells us that there should be a higher student-to-faculty rate in Oakland than on a branch campus, but in fact, the average class size on branch campuses is smaller than on main campus! The discrepancy is due to the high number of administrators present on the main campus. So, students on branch campuses will have a more personal experience with their professors on average.

When examining certain degree programs more specifically, these numbers drastically change; over 10,000 students are in the Dietrich School of Arts and Sciences in Oakland, so a student who is, let’s say, an English Literature major, will probably receive more personal care on a branch campus than on main campus. Ultimately, however, this has more to do with that student’s involvement. If you talk to your professors after class and attend their office hours on a regular basis, you’ll develop a more personal relationship regardless of the campus you are on. So, really, this aspect is what you make of it.

Other benefits of being on a branch campus include the stunning scenery (I know that the Greensburg and Johnstown campuses are particularly lush and beautiful) and the feeling of a small liberal arts school but the benefits of a large research university. There are fewer people, so traffic is nowhere near as bad as it is in Oakland; in traffic, my commute can easily double from 35 minutes to over an hour. And finally, there is a less hectic feel on the branch campuses. In Greensburg I never felt like I had to rush to see a professor because they may be occupied with another student, but that is a common problem in Oakland.

After weighing all these facts, a good next step forward could be to do what I did, and what all students are allowed to do: all students are permitted to take ONE class per semester on a campus that is not their home campus, so if you think you may be interested in relocating to main campus but are unsure, you can take one class in Oakland and get a feel for it.

Finally, if you are still pondering relocation, be sure to be in close contact with your advisor. If you tell your advisor that you are considering relocating, he or she will be a great help to you and will help you to choose classes that put you closer to your goal.

Be sure to check back for Part Three: Requirements for Relocation in the next issue of The Insider!