So we ask you, the readers, what’s the best way to define all these things? 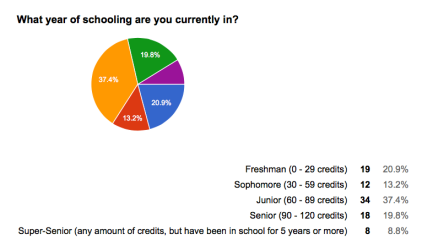 In a poll open to college campuses in Pennsylvania and surrounding states, we received 91 responses from students, aged 18 to 26.
The majority of participants were heterosexual, but we also had some responses from homosexual and bisexual students. Women dominated the sample, with a three-to-one ratio.

Due to time constraints and other limitations, this sampling cannot reflect the views of every campus, or person, out there.

Given the demographic polled, it’s important to understand why we struggle with relationships and intimacy. The prefrontal cortex (you know, that part of the brain that helps you make decisions) isn’t fully developed until age 25. This means that we make really stupid decisions up to that point. Most of the time, those decisions have something to do with relationships.

So if we’re still trying to find ourselves, based on these theories, how can we, as college students, develop stable, lasting relationships?

Fifty-two percent of participants say that they are in a relationship, based on their individual definitions of the word. As a group though, how do we define a relationship?

According to the masses, a relationship is two people who have a romantic, emotional connection and are exclusively committed to one another.

“When you are in a relationship, you are the other person’s priority,” said one participant. A significant other “brings you coffee” when you’re sleep deprived from working too much or “hugs you when you feel like you can’tpossiblwy function any more.”

Another defined a relationship as “[n]o side bitches.” That’s to the point, don’t you think? But if you have a “side bitch,” what does that mean? Does that constitute cheating? What is cheating?

Cheating is the encounter of a romantic, emotional, or sexual relationship with someone other than your partner.

Someone said, “Cheating can be physical or emotional. Talking to another person romantically, lying about being with another person [and] making out/having sex are all forms of cheating.”

86 percent of the students whom we polled have never cheated on their partners, but 43 percent have been cheated on.

So wait, what’s hooking up? 97 percent of people say that there is a definite difference between a relationship and hooking up. So how do we define it? A hookup is having sex or performing sexual acts on another person. A hookup happens only once and involves someone with whom you are not in a relationship.

According to one responder, “A ‘relationship’ implies exclusivity to a single person. The physical things of a ‘hookup’ would only happen between the couple. A ‘hookup’ implies a sense of randomness or a fling. There is no emotional or personal connection between this involved. It is a purely physical thing.”

Another responder said, “Hooking up is just for selfish pleasure, and usually not turn into a relationship. It’s a hit-it-and-quit-it mentality.”

71 percent of those polled say that they have never had a hookup or a one-night stand. Of the 26 people who did have hookups, 14 said that alcohol was involved, and six regretted their decisions/

How did hookups develop? How did this term become so commonplace in our culture today?

“I think there are societal changes in the way people view sexual relationships now,” said Dr. Russ Phillips, a psychology professor at Pitt-Greensburg. “It [sic] originated in the 1960s, with the sexual revolution, and evolved from there.”

For those of you who have never heard of the sexual revolution, just think of it this way: it started with the 60s-and-70s hippie culture. Woodstock. Make love, not war. This was the time when contraceptives were becoming wildly popular. When women realized that sex did not always have to equal a baby, they felt liberated and obligated to sow their wild oats.

The short version: the 60s was the springboard for hookup culture. It set the standards for today’s flings.

If a hookup is about just “opening your legs for one more,” as one responder said, then why, out of the 65 participants that have had sex, did 49 responders say that they develop emotional attachments to their sex partners?

Because of our age group, we are at a stage in which we develop and try to hold on to intimacy. We don’t naturally seek out flings, according to the data. So does this mean that we have identified who we are and that we are able to hold on to lasting, intimate connections? Or does this mean that we are unable to separate who we are as individuals from the intimacy that we seek through sex?

Perhaps, because we do struggle with this, our generation has this new thing called “talking.” Yes, you read that right.

“Talking is actual communication, usually involving texting or social media. It’s getting to know somebody. It’s meant to lead to a relationship, though you are not exclusive when you are talking to someone.

According to one responder, “Talking is the part of a relationship when you are first getting to know each other. You are learning more and more about this person by spending most of your days talking or texting.” Most people want to be sure of others’ personalities, “and that is why the talking stage happens before you make the relationship official.”

Our generation uses “talking” in place of dating, as a way to relate to the opposite sex. Once we feel we have related enough, we move into what we define as a relationship–the sacred place where we go on dates to continue to get to know each other.

So how do we meet these people we’re “talking” to? The obvious ways are in person, at school, at work, out and about doing shared activities. Or, in the technology era, we hop in the web to visit dating apps like Tinder.

32 percent of people have used a dating website or app. Tinder is the most used dating app coming college students, and OkCupid is the second. These apps and websites are mostly used for chatting with someone new and trying to find long term partners, but also hookups.

A majority of those polled look at both appearance and common interests on dating apps and websites. Do you swipe right?

If you do swipe right, and you’re looking for that special someone to spend your life with, what qualities are most important? The answer is not what you’d think.

Our responders rated honesty and trust as the most important qualities in a long-term partner, followed by a good sense of humor and being caring and respectful.

In the end, 80 percent of our responders still intend to get married one day, 19 percent are undecided, and only percent said that that shit’s not for them. Here’s to Disney for convincing us that Happily Ever After is out there.

This is part one in a two-part series. Please see “Binging and Purging in Relationships: How Pop Culture and Social Media Influence Relationships” for the continuation.