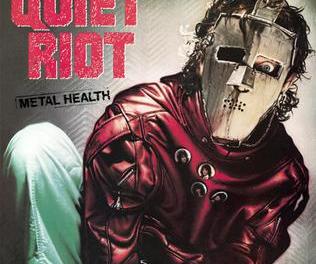 Has the revival of record players gotten you excited? Are you scrounging through local record stores searching for older vinyl, like “Metal Health” by Quiet Riot, or modern tunes, like Taylor Swift’s “Red?”

With so many options available, how can you be sure where to find the best deals and those hidden must-haves for your collection?

Follow these tips to get the most out of your Pittsburgh record-shopping experience.

Pittsburgh and its surrounding suburbs offer many options for record shopping. Here are some of them:

Jerry’s Records, at 2136 Murray Ave., in Pittsburgh’s Squirrel Hill, has a vast selection of records from numerous genres, including: rock, pop, metal, country, jazz, classical, and soul, to name a few. It carries albums, as well as twelve-inch singles and 45s. All records from Jerry’s are used and are screened and inspected, before they are sold. Typical prices range from one dollar to 10 dollars, depending on the rarity and condition of the record. Jerry’s also has a bargain-basement sale on the weekends. Prices in the bargain basement are usually around one dollar.

“It’s the best record store I have been to!” said Duke in her Facebook review. “Every employee is friendly, knowledgeable and willing to help. At first it was difficult finding records, but don’t hesitate to ask for help. Once you catch on, the pattern is easy.”

Dave’s Music Mine, at 1210 E Carson St., in the South Side, has a nice-sized collection of new and used records. New albums are sealed in plastic and cover multiple genres, including rock, pop, metal, alternative, and country. New vinyl starts at 20 dollars and can be more expensive depending on the rarity of the album. Most new albums are priced around 20 dollars. The basement and back half of Dave’s offer used vinyl and some 45s from multiple genres. Most used albums are priced around three dollars.

David B., a Yelp reviewer from Pittsburgh, highly recommends a visit to Dave’s.

“Great store, friendly staff, good selection and reasonable prices,” David wrote. “We are lucky to have such a treasure in Pittsburgh where we can go in and browse their bins.

Bloomfield, has a smaller selection of records than both Jerry’s and Dave’s. Sound Cat carries mostly new alternative-genre records. It also carries rock and other genres, but it predominately carries alternative vinyl. The new albums are sealed in plastic and are priced around twenty-three dollars. Some records are more expensive based on their rarity.

Hayden Keefer, a college student from Moon Township, had nothing but praise for Sound Cat Records.

“Easily the best collection of new records in the city,” Keefer said in his Facebook review. “The owner and employees are great and I cannot wait to go back!”

Albums at Urban Outfitters are new and are mostly rock, pop, and alternative genres. They range in price from twenty to thirty dollars

Half Price Books stores and select CD Warehouse locations carry used vinyl. They span several genres and usually range in price from one dollar to ten dollars, depending on the rarity and condition of the record.

The Exchange locations carry both new and used vinyl. Used records range in price from one dollar to ten dollars, and new vinyl starts at thirteen dollars.

Independent record stores can have more to offer you than retail stores, in terms of variety and informed staff.

According to Adam Social, creator of pittpunk.org, Pittsburgh’s independent record stores offer a wider selection of music, while also directly supporting the owners.

“I noticed while rifling through their record selection that Hot Topic only seems to carry records from bands who appear on the cover of Alternative Press. That makes for an extremely limited (and musically narrow) record selection.”

If you are looking for convenience, a stop in Hot Topic while you’re at the mall, or a quick visit to Half Price Boks will suit you fine, but if you want expert advice or a bigger selection, you should make a trip to one of the specialty stores.

When shopping for records, costs can add up quickly, especially if you’re shopping for new vinyl. Set a price limit for yourself before you start browsing. Tell yourself that, “I’m only going to spend thirty five dollar on records today,” or something to that effect. Give yourself a two-or-three dollar cushion to account for tax. Some of the independent record-store-owners may even give you a discount at the register if you’re buying multiple records.

When you buy new records, they come sealed in plastic sleeves. They have never been played before so, barring damage during shipment, they will be fully functional when you get them home.

When buying used records, especially from a place that doesn’t inspect their albums before re-sale, you have to take the record out of its sleeve and give it a once-over. Look for stains, scratches, nicks, and most importantly, bending, bowing, or bumps. You don’t want to get your “Bent Out of Shape” album, by Rainbow, home only to find out it lives up to its name, literally.

Jerry’s and Dave’s both have listening stations to test your records before purchase.

5.) Judge an Album By Its Cover

Half the fun of record shopping is looking at the cool album art. In the days before iTunes previews, Spotify live album streams, and constant media coverage, album art was used as a way to draw listeners in.

If you are under your price limit and see a really cool cover that you can’t pass up, go ahead and pick it up. It’ll make you smile when you’re browsing your collection at home.

Good record shoppers have a list of must-have albums that they’re always on the hunt for. Whether it is a mental list, saved to a Pinterest board, or written on a scrap of paper that you shove in your wallet, everyone has a dream list.

If you see a record on your list while you’re shopping, and it’s in your price range, buy it. If you think that you will regret leaving the store without it, that’s a sure indicator that it should come home with you.

Just don’t splurge too much. No record is worth having to miss a tuition or car payment.