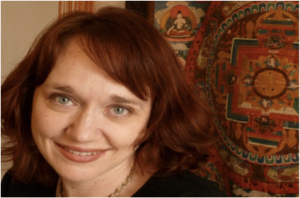 The Fall 2014 Written/Spoken Reading Series at Pitt-Greensburg kicks off Tuesday, September 30 with readings by novelist Sarah Shotland and poet/essayist Sheila Squillante. The reading begins at 7 p.m. in Chambers Hall/Fireside Lounge and is free and open to the public. Pittsburgh City Paper calls Sarah Shotland's debut novel, Junkette (White Gorilla Press, 2014) “striking, an alternately lyrical and matter-of-fact account of a few months in the life of college-graduate junkie Claire, a twentysomething bartender in pre-Katrina New Orleans.” Maureen Gibbon, author of Swimming Sweet Arrow and Thief, calls it “a provocative and magnolia-skinned first novel.” Lori Jakiela, Pitt-Greensburg professor and author of The Bridge to Take When Things Get Serious and Miss New York Has Everything, says Shotland “is a minimalist with big things to say about the working life and how to avoid it. She knows her junkies and barflies, train tickets out and the desire to stay, and she writes in prose so tough it bruises the page.”

Shotland, a Dallas native, is a widely produced playwright who’s also taught English in China. She now teaches in Chatham University’s graduate writing program and at Pittsburgh’s High School for the Creative and Performing Arts. She is co-founder and director of Words Without Walls, a local nonprofit that holds creative-writing classes for some 350 students in prisons, jails and rehab centers. She lives in Friendship.

Sheila Squillante is the author of three chapbooks of poetry, A Woman Traces the Shoreline (Dancing Girl Press, 2011), Women Who Pawn Their Jewelry (Finishing Line Press, 2012), and the just-release In This Dream of My Father (Seven Kitchens Press, 2014).

Her first full-length collection of poems is due out with Tiny Hardcore Press in 2014. Her memoir, Full to Bursting: A Foodie’s Daughter Mourns, Cooks, Writes & Becomes, is currently seeking a publisher.

Squillante has published work widely in print and online journals like Brevity, The Rumpus, No Tell Motel, quarrtsiluni, MiPoesias, Phoebe, Cream City Review, TYPO, Quarterly West, Literary Mama, Glamour Magazine and elsewhere. She’s been the recipient of fellowships from the MacDowell Colony and the Virginia Center for the Creative Arts and nominations for the Pushcart Prize, Best American Essays, Dzanc’s Best of the Web and Sundress Publication’s Best of the Net anthologies. She currently serves as editor-in-chief of The Fourth River Literary Journal and associate editor in charge of the blog at PANK. She is an assistant professor of English and the associate director of the MFA program in creative writing at Chatham University.

The Written/Spoken series is a monthly reading series that brings nationally-known poets and writers to campus. Undergraduate student writers open each reading with performances of their own work. The series is sponsored by the Pitt-Greensburg Writing Program and the Office of Academic Affairs. For more information, call 724-836-7481 or e-mail loj@pitt.edu.