All photos via WWE.

This past weekend on April 10 and 11, WWE held their biggest event of 2021, WrestleMania 37, in Tampa Bay, Fla. at Raymond James Stadium.

WWE welcomed back its fans to attend the show for the first time in over a year. 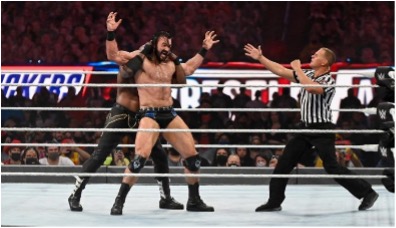 WrestleMania was jam-packed with a ton of action and exciting moments for the WWE universe to enjoy.

Moments such as when WWE Champion Bobby Lashely and Drew McIntyre faced off for the first match back in front of a live audience.

The match saw Bobby Lashley retain the WWE Championship over Drew McIntyre via the hurt-lock.

Or, intense moments like when 2021 Women’s Royal Rumble Winner, Bianca Belair, captured the SmackDown Women’s Championship from Sasha Banks in the main event of night one. 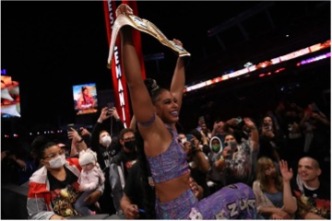 The action did not stop there. During WrestleMania 37 night one, celebrity, singer, and songwriter Bad Bunny teamed up with Damian Priest to fight The Miz and John Morrison in a tag-team match.

In this match, we saw Bad Bunny earn the respect of the WWE universe and his peers as he took flight, jumping from the top turnbuckle onto The Miz and John Morrison on the outside of the ring.

Bad Bunny and Damian Priest were victorious and defeated Miz and Morrison. 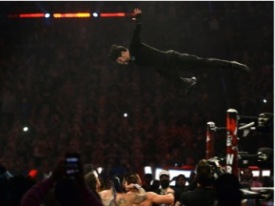 Lastly, in the main event of WrestleMania 37 night two, we saw a huge triple-threat match for the Universal Championship.

This match was a hard-hitting affair, and nobody knew who would come out on top as champion.

The match concluded when Roman Reigns hit Edge with a spear, followed by a chair shot to the head. Reigns then moved Edge on top on Daniel Bryan, pinning both superstars to win the match and remain Universal Champion. 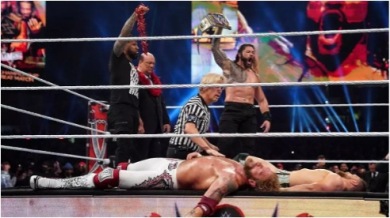 The superstars made sure to give their best to the returning fans, and Wrestlemania 37 was successful.

WWE managed to have a total of 25,000 fans in attendance each night.

Fans were arranged in seating pods, adding seats between groupings of people to enforce social distancing.

Fans’ temperatures were also checked upon arrival to the arena. WWE also ensured all ticket transactions for the event were cashless to reduce contact between fans and employees. 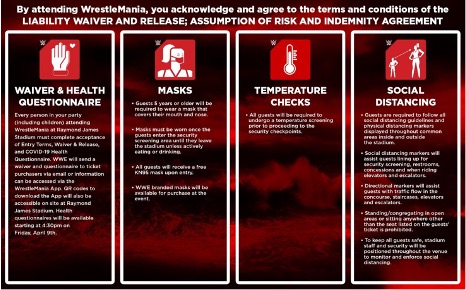 Finally, the WWE required all fans in attendance to fill out liability waivers stating they were aware of the risks involved and that WWE would not be responsible for any transmission of COVID-19.

All of the health and safety measures that were enforced at WrestleMania 37 are available online here.

As of now, there are no known reports of COVID-19 cases linked to the Wrestlemania 37 event, and cases in Florida, where the event was held, have remained steady so far.

This year’s WrestleMania had a huge significance for many fans, given what has gone on since the start of the pandemic.

However, due to the COVID-19 pandemic, the event was canceled. This led to the WWE holding its event last year at their performance center without an audience. 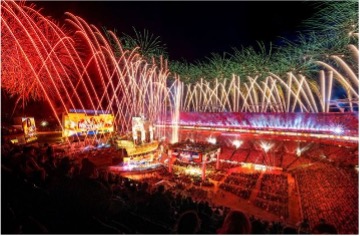 The WWE would hold their shows and events from their performance center for the next several months.

WWE then transitioned to the Thunderdome, which was a larger arena held in Tampa Bay at Tropicana Field. Fans could tune into live shows at the Thunderdome remotely, and fans were visible on screens all around the arena during events.

WWE is currently operating in the Thunderdome until the foreseeable future.

WrestleMania was an action-packed show filled with incredible matches and monumental victories, but perhaps the greatest victory of them all was seeing WWE fans in attendance and feeling a sense of normalcy again.