Coaches, players, staff, and the community of Pitt-Greensburg were devastated around this time last year after news broke of the COVID-19 pandemic across the country. Now, a year later, COVID-19 is still around, but spring sports are back and ready to get underway.

“This season, we are going to control what we can control and do it as safely as possible,” Coach Adams said. “Whichever team handles the adversity the best will be the team that wins the state championship.”

Coach Adams explained that his coaching style didn’t change, but he did have to implement creative ideas for how they handle practices. 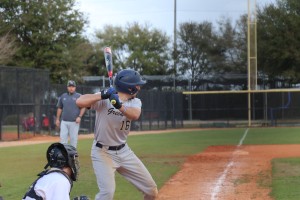 “We are going to do what we can to keep everyone safe, including using our heads and having nice, safe distance at practices,” Coach Adams said.

Due to the pandemic, the baseball team will not participate in their usual spring trip nor will they be having any overnights.

In addition, the team will have more home games as travel will be reduced. Coach Adams believes this could benefit the team.

Despite the pandemic, Coach Adams has one main goal on his mind for the upcoming season.

“Our goal is to always win the state championship, but this year we have a side goal, which is to remain safe,” Coach Adams said.

Basketball Head Coach Brody Jackson is also excited to be back coaching.

“Since day one, we have talked about only worrying about things that you can control. Our guys have done a fantastic job of staying in shape and working really hard despite not knowing when their next game is going to be,” Coach Jackson said. “Watching them work hard and improve has kept me positive and motivated.”

Due to basketball being a higher risk sport, there will be extra precautions put in place, such as more testing, less travel, and fewer games. Basketball is considered higher risk because of the physical contact, intensity of activity, shared equipment, and the indoor setting.

Coach Jackson admits that the upcoming season will be like no other.

“Not being able to play games or even being limited with team meetings has been very difficult,” Coach Jackson said. “I miss the ups and downs of being with the guys through the long season. Just want to be positive and be prepared when things get better.”

Coach Jackson is confident that they will be prepared for whatever is thrown at them.

“I think our team is more aware. We have protocols that help keep us safe, but still allow us to play,” Coach Jackson said.

The season is scheduled to start the week of Feb. 14. Students can keep up with the latest on these sports and others on the Pitt-Greensburg Athletics website.