Books, movies, T.V. shows, you name it — I’m either watching it or reading it. This means I’ve seen a lot of movies in my time and read a lot of books. 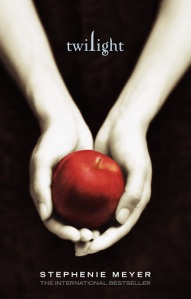 Something you hear all too often is that the book is always better than the films. Usually, this is true, but not always. I can name loads of movies that pale in comparison to their source material.

It’s much harder, I think, to find movies that really put their books to shame. It was hard, but not impossible. Below is a short list of movies (of different genres and eras) that I think certainly make the cut.

1. “Twilight” by Stephanie Meyers
Let’s be real: the books were not great. The cast did their best with what they had, and that’s all that could be asked of them.

2. “Lord of the Rings” by J.R. R. Tolkien
The books were immersive and stunning, but they were also dense. Peter Jackson’s adaptation managed to condense the plot into a relatively manageable trilogy (even if each movie is four hours long).

3. “The Duff” by Kody Keplinger
The book wasn’t bad; however, the movie’s ability to characterize Wes and Bianca’s relationship was better executed than what the book accomplished.

4. “Nerve” by Jeanne Ryan
It was a completely different story, and the book fell flat as a result. The movie was able to dispel how boring the book was by adding intensity and thrill.

5. “Blade Runner” by Philip K. Dick
“Do Androids Dream of Electric Sheep” was not my favorite quite honestly. The film simply brought the book to life in ways I didn’t think were possible.