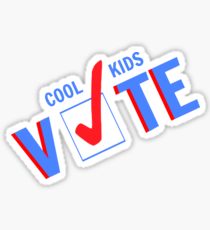 The Pennsylvania Senate election, as well as elections to the House of Representatives and several more local elections, will be held on Tuesday, November 6, 2018.

One big problem with voting as college students, is that students aren’t necessarily in their hometowns where they registered to vote. In this case, students can apply for an absentee ballot.

An absentee ballot must be applied for and received by the Tuesday before the election (Oct. 30). Students should have their application sent in by Oct. 24, to make sure it gets in on time. The form can be found online at

However, because the form requires a signature, it must be printed and mailed in.

Once the application is accepted, the physical absentee ballot must be received by the Friday before the election, Nov. 2.

If you either registered to vote in the area or happen to be home on Tuesday, Nov. 6, between 7 a.m. and 8 p.m., then you are able to go to your indicated voting place and vote there. If it’s your first time voting, remember to bring an I.D. with you.

This election is important, no matter what side of the political line you stand on. Republicans currently control majority in the Senate, but if just two of the Senate seats switch over to the Democrats, that will no longer be the case.

Since every seat in the House of Representatives is up for grabs, this could theoretically be anyone’s race there too.

A lot of people have been feeling that they don’t have any real say in their government, particularly since the 2016 presidential elections. If you followed closely, you probably know that the popular election, the election open to every citizen, elected Hillary Clinton, but the Electoral College, a much smaller group of select people, voted Donald Trump as president.

The popular vote in the presidential elections does not count for much. However, the government is not just one person. The most important elections are arguably the midterms, because it is the people’s vote that matters.

For additional information on voting, including where to vote, go to