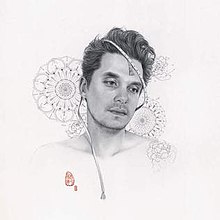 John Mayer – “The Search for Everything”

John Mayer released his seventh studio album, “The Search for Everything,” on April 14 of last year.

I could easily say I’ve found everything because of this album, and leave it at that, but I’ll go on.

This album follows John Mayer’s quest for forgiveness, companionship, family, and meaning of the real everything. It’s so deeply sentimental and oh, so existential.

It opens with the track “Still Feel Like Your Man,” a song in which Mayer confesses he’s still not over his ex-girlfriend, Katy Perry. The song opens with a sweet piano that turns into a funky beat, giving it a nice vibe throughout.

Some highlights of the album include the single “Love on the Weekend,” and the eighth track, “Moving On and Getting Over,” two catchy but slow songs that remind me of classic John Mayer.

My favorite tracks happen to be “Emoji of a Wave,” “In the Blood,” and “You’re Gonna Live Forever in Me.”

“Emoji of a Wave,” with its childish title, is a melancholy love song about the difficulty living apart in a relationship. Mayer told Rolling Stone, “[The song is] about sitting in a feeling, there are two levels to the song: one of them is the beautiful destination I go to whenever I hear it, which is Santa Barbara on a rainy, cold day.” The other is the part of life and love he doesn’t understand: wanting to resolve a situation that has no resolution.

“In the Blood” is a song in which he ponders his own fate with his heart on his sleeve. The lyrics, “How much of my mother has my mother left in me?” and “Will it wash out in the water, or is it always in the blood?” bring to reality the thoughts many people have. He is asking if he is destined to become his parents, or if it can change.

“You’re Gonna Live Forever in Me” promises a legacy. He considers the impact a special person had on him, saying that parts of him were made by them. His personality is essentially a product of their companionship.

A lot of his music sounds the same, whether it’s within the lyrics or the melodies, but at least he’s consistent. “The Search for Everything” made me feel the same way “Continuum” did back in 2006. I hope he’ll always stay the same existential songwriter I’ve grown to love so much.

Go out and listen to “The Search for Everything” and find everything you never knew you needed.