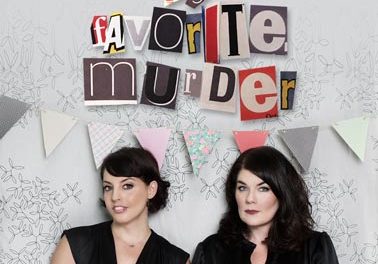 My Favorite Murder is a true crime, comedy podcast—yes, it’s both, and yes, it’s amazing.

I personally have had a strange fascination with true crime for longer than I can remember, and this podcast ticks all my boxes for the things I look for: murders, cults, survival stories, and the concept of laughing at the wrong things.

The basic premise of the podcast is this: each host has a true crime story to tell, and the other host reacts as the story is being told, chiming in with things they known about the story or posing questions about it.

The podcast is hosted by Karen Kilgariff, a comedian that spent several years writing for the Ellen DeGeneres Show, and Georgia Hardstark, a former host of several shows on the Cooking Channel who became first known for a viral video about creating the infamous McNuggetini. The two met at a Halloween party hosted by a mutual friend in 2015, and were introduced to one another when Karen’s story of a horrific car accident upset everyone but Georgia, who immediately demanded that Karen tell her everything.

And thus, a friendship, and a podcast idea, was born.

The podcast got its official start in January of 2016 and has been growing in popularity since. Typically, there are two episodes posted each week: a mini-episode is posted on Monday, and a full episode is then posted on Thursday. Episode lengths vary dramatically, but mini-episodes are often dedicated to hometown stories of listeners and full episodes are live shows or episodes recorded in Georgia’s apartment.

The podcast has gained recognition via iTunes charts, ranking #3 in comedy podcasts as of August of 2017.

It is stimulating, of course, and can be a little scary at times, but for anyone with an interest in true crime, this podcast is worth checking out. It can be listened to on iTunes, Stitcher, and several other podcast sites. More information and links can be found here: https://www.myfavoritemurder.com