“Gangland Undercover” is a fact-based drama series that focuses on the real-life story of Charles Falco and his time undercover in one of America’s most notorious biker gangs.

Charles Falco was a drug dealer who was arrested and forced to either serve twenty years in prison or infiltrate the Vagos biker gang. Falco puts his life at risk collecting evidence on the Vagos’s illegal activities, such as murder and drug solicitation.

The show opens up with the real-life Charles Falco talking about what he went through. His whole body is in a shadow and his voice is changed to protect his identity. It then goes into a narrative, led by Damon Runyan, the actor who plays Falco.

The History Channel pulled the show off air after explaining that it wasn’t getting enough exposure and that they weren’t sure when the new episodes were going to be aired. If you want to see the remaining episodes, Canada is still airing them.

Although there are only one and half seasons released right now, the episodes are long enough to keep you entertained and on the edge of your seat for hours. “Gangland Undercover” is entertaining and informative, two qualities that are rarely put together with success. 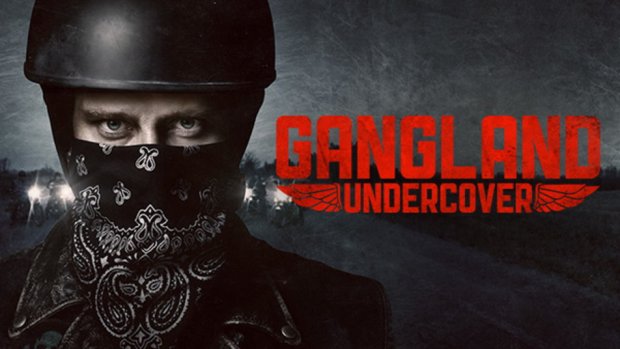