The Fall 2015 Pitt-Greensburg Written/Spoken Series will celebrate new books by poets George Looney and Richard St. John Tuesday, Oct. 27 at 7 p.m. in Campana Chapel. The reading is free and open to the public. A book-signing follows the readings. 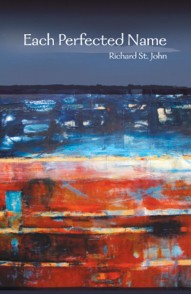 Richard St. John’s new book, “Each Perfected Name” (Truman State University Press, 2015), is collection of poems that seek the sacred in the ordinary, with subjects ranging from  Odysseus and Aristotle to the G-20 Summit, quarks and stars.

“What remarkable, original, and intelligent poems these are – without an echo of imitation or lingering indebtedness.  Above all, these are poems of felt intelligence – a quality one associates with Richard Wilbur or John Donne and too few others.  Richard St. John is among the select few.”

George Looney is the author of nine books of poetry and fiction, including “Meditations Before the 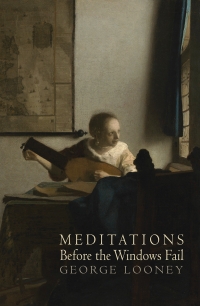 The recipient of a fellowship from the National Endowment for the Arts, Looney has also held two Ohio Arts Council fellowships, and one from the Pennsylvania Council on the Arts. His other honors include awards from The Missouri Review (twice), Zone 3, The Literary Review, and New Letters.

Looney received his MFA from Bowling Green State University in Ohio and founded the BFA in Creative Writing Program at Penn State Erie. He is editor of the international literary journal “Lake Effect,” translation editor of “Mid-American Review,” and co-founder of the Chautauqua Writers’ Festival.

The Written/Spoken series is a monthly reading series that brings nationally-known poets and writers to campus. Undergraduate student writers often open each reading with performances of their own work. The series is sponsored by the Pitt-Greensburg Creative and Professional Writing Program and the Office of Academic Affairs. For more information, call 724-836-7481 or e-mail loj@pitt.edu.