For the first time in state history, the Governor of California, Jerry Brown, has directed the State Water Resources Control Board to implement mandatory water reductions in cities and towns in order to reduce water usage by 25 percent. The savings total is approximately 1.5 million acre-feet of water over the next nine months.

According to the California Drought website’s homepage, the order will replace 50 million square feet of lawns throughout the state with drought-tolerant landscaping, in partnership with local governments. Patrons are encouraged to replace their old appliance with energy-efficient models. 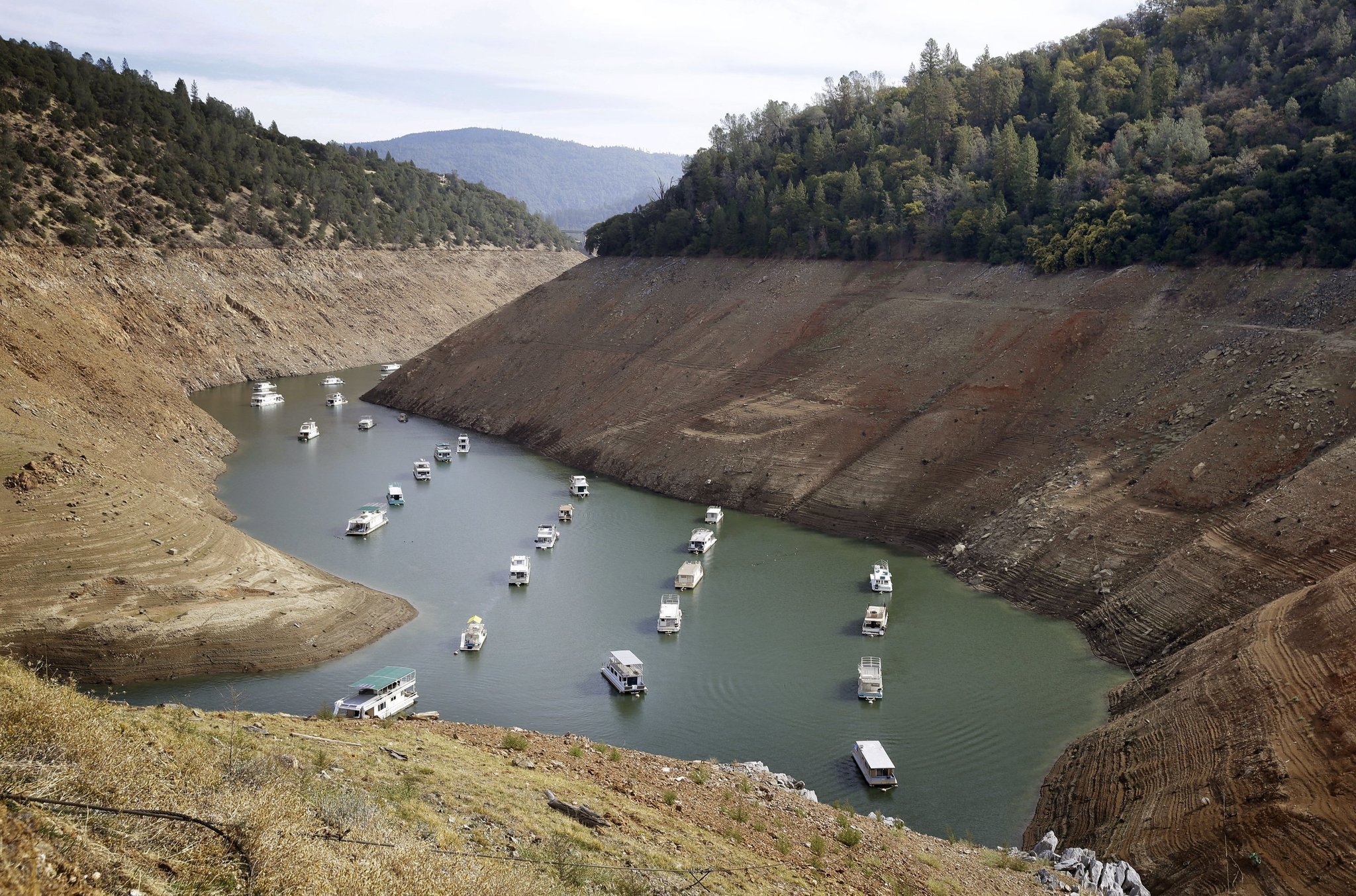 A lake in California amid the water shortage. – Courtesy of http://www.latimes.com.

The state will also require campuses, golf courses, cemeteries, and other large landscapes to make significant cuts in water use. new homes and developments will be prohibited from irrigating with portable water unless water-efficient drip-irrigation systems are used. Watering of ornamental grass on public street medians is banned as well.

Although people across the country are aware of California’s water problem, some locals aren’t experiencing as much stress as the media reports.

“You know, it really hasn’t affected us all that much,” said Kerry Mahoney, a resident of San Clemente. “Since we live on a marine Corp base, I’m pretty sure they have their own water supplies. They still turn the sprinklers on every night to water our lawns and we are shocked.

“All of the electronic signs on the freeways have messages about conserving water and our yards are still getting watered,” Mahoney said. “I have a relative who lives North, near Pasadena, California, who does not have a shortage of water yet. They only have to limit watering the lawn to twice a week.”

Julia Manisch is a writer for The Insider.