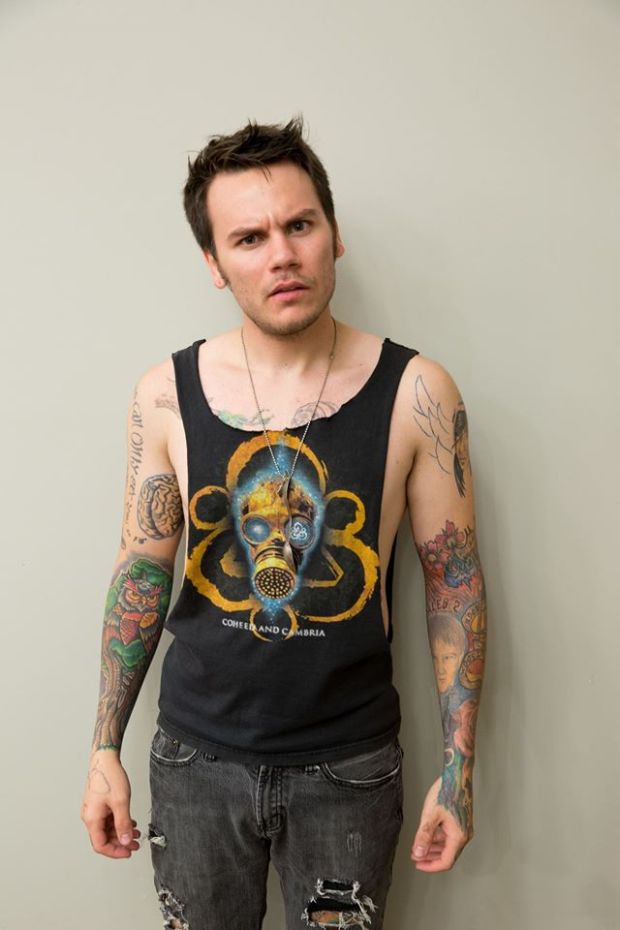 The Belle Vernon, Pa native began his college career as a chemistry major, at which he excelled. “I’ve always had a passion for art,” he said. “I wanted to be a performing artist.” With a little encouragement, he decided to follow his heart and switched majors to Visual and Performing Arts.

“The Liberal Arts is all about self-development,” said Steele.  “It’s about being a member of a community and about encouraging people. There are so many scientific options these days that people are at a loss for connectivity. People don’t understand what it means to be human. Liberal Arts is about seeing yourself at the same level as someone else.”

Steele enjoys performance art because of its immediacy. “When you paint or record, you have a reflection of what was.  When you’re with an audience, you share that moment with the performer. Performance connects us with the audience. That’s the human connection.”

He also enjoys doing things on his own. “Music is something I perform for myself,” he said. “Performance, for me, is a singular thing.” The self-taught musician plays bass and guitar.
Stephen Schrum, professor of Fine Arts at Pitt-Greensburg, says that Steele is innovative without abandoning the great artistic masters of the past. “He’s an amazing visual artist,” said Schrum. “He draws from the Renaissance and from other eras, but still makes art that is his own. I hope others appreciate art by seeing his exhibitions.”
“To be human is to be compassionate,” said Steele. “We walk the fine line between selfish and selfless. Art is the most accessible way to find that line. It’s the only true healing we have.”